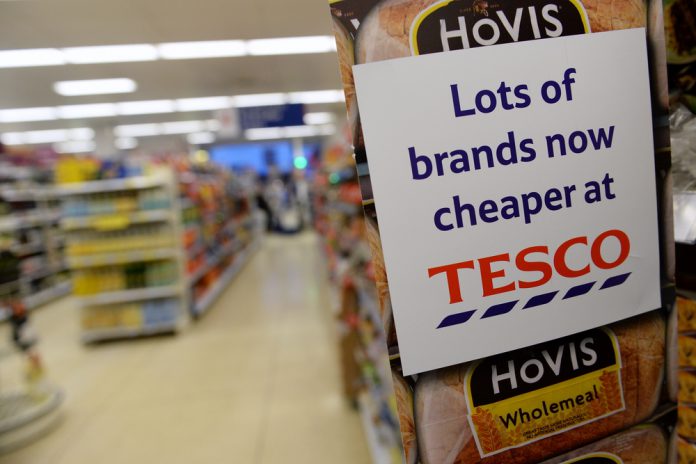 Tesco (LON:TSCO) shares saw a 4 percent rally on Friday after the resolution of their dispute with stockist, Unilever.

Following a controversy trending on Twitter yesterday as “#Marmitegate”, Tesco have restored the confidence of consumers by announcing last night that the situation had been resolved.

“Unilever is pleased to confirm that the supply situation with Tesco in the UK and Ireland has now been successfully resolved,” Unilever said.

“We have been working together closely to reach this resolution and ensure our much-loved brands are once again fully available. For all those that missed us, thanks for all the love.”

A Tesco spokesman said: “We always put our customers first and we’re pleased this situation has been resolved to our satisfaction.”

Yesterday, Tesco were left without online stock of various popular brands such as Marmite, Dove and and Comfort fabric conditioner, prompting mass concern from the British public and the circulation of the#Marmitegate hashtag.

The row occurred after product supplier Unilever attempted to increase its product prices by 10 percent in response to the pound sterling’s recent devaluation. However, these attempts were met with strong resistance from both the supermarket giant and as well as its competitors, such as Asda.

The pound has dropped by around 16 percent against the euro and 19 percent against the dollar since the UK’s decision in June to leave the EU. The sharp devaluation has left suppliers and retailers with the prospect of managing higher bills for imported goods.

Despite Tesco shares taking a hit yesterday, their stock rebounded on Friday after news of the resolution circulated. Conversely, Unilever (LON:ULVR) shares have seen a plunge of over one percent after criticisms that the company were exploiting the circumstances of Brexit for financial gain.