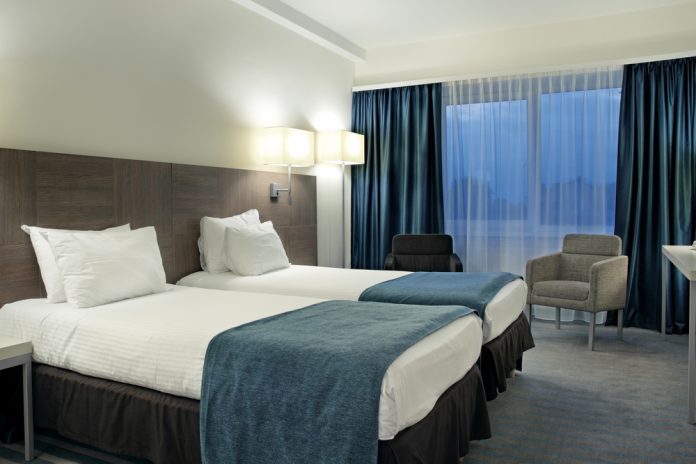 Shares in budget hotel chain easyHotel (LON:EZH) rose over three percent on Tuesday, after trading for the full financial year remained ahead of expectations.

The hotel chain, owned by easyJet founder Stelios Haji-Ioannou, saw total system sales rise by 39 percent to £29.7 million, up from £21.3 million in the same period last year. Like-for-like revenue for owned hotels increased by 13.7 percent, and by 8.6 percent for franchised hotels.

The group openes five new hotels, totalling 535 rooms, over the year-long period, with all five developed in the Group’s new brand format and trading exceptionally strongly.

Guy Parsons, Chief Executive Officer of easyHotel plc, said it had been a “year of accelerated growth for the Group”.

“The strong like-for-like performance of both our owned and franchised hotels and their continued outperformance against the market is very encouraging. We are particularly pleased by the performance of our newly opened hotels, designed in our stylish new brand format, which are proving popular with our customers and trading ahead of expectations”, he continued.

The company’s expansion plans have not advanced without issue however, with the delayed opening of its Liverpool hotel attracting criticism from would-be customers on Tripadvisor. The hotel, which was due to open in August, is running behind schedule and have had to cancel customer bookings.