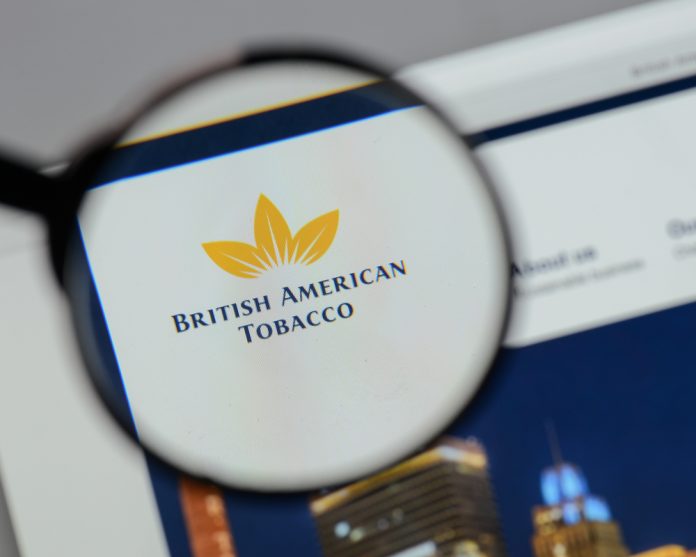 British American Tobacco shares (LON:BATS) were up during trading on Wednesday after the business confirmed that it is “on track for a strong year”.

Shares in the cigarette and tobacco manufacturer were trading over 2% higher on Wednesday.

British American Tobacco said that full year constant currency adjusted revenue growth is expected to be in the upper half of its 3 to 5% long term guidance range.

Meanwhile, full year constant currency adjusted operating profit is expected to grow at the upper half of its 5 to 7% long-term guidance range.

Earlier this year in September, British American Tobacco announced that it will cut 2,300 roles in an attempt to reinvest in the growth of its new products.

The company made this decision with the hope to simplify its business and become “more efficient, agile and focused”.

“We expect to deliver a strong performance in 2019, building on the good progress we made in the first half. Our focus on our global strategic brands is delivering share gains and strong price mix in combustibles, both globally and in the US,” Jack Bowles, Chief Executive, commented on the announcement.

“Increased investment and new product launches are delivering good New Category revenue growth in H2, despite the recent slowdown in the US vapour market,” the Chief Executive continued.

Over in the US, news emerged in September that Donald Trump wanted to ban flavours used in e-cigarettes as a way to tackle underage vaping.

Indeed, British American Tobacco said on Wednesday that full year constant currency revenue growth in its New Category, which includes vaping products, is expected to be at the lower end of its 30 to 50% guidance range.

The Chief Executive continued: “We believe that the issues around vaping in the US should lead to a better and stronger regulatory environment in which we are well placed to succeed. In summary, we are delivering on our priorities. We are driving value growth in combustibles, we are investing to deliver a step change in New Categories and we are transforming the business to create a stronger, simpler, more agile BAT. We are on track for a strong year.”