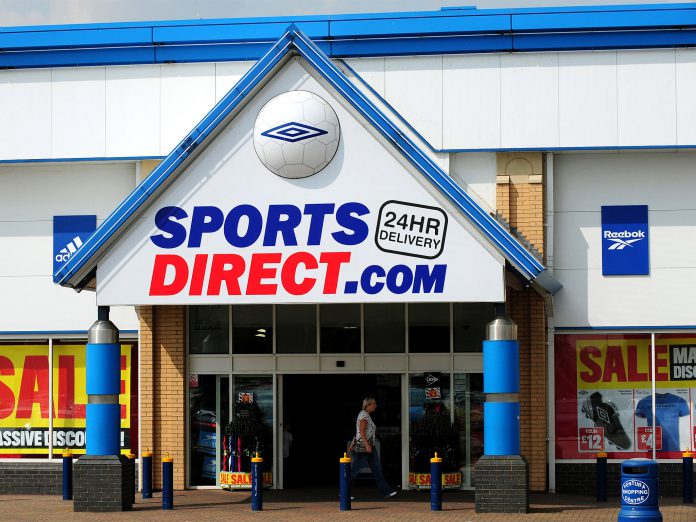 Sports Direct shares (LON:SPD) soared on Monday after the retail group posted its half year results.

The group also announced on Monday that it will be changing its name from Sports Direct International plc to Frasers Group plc. The company’s stock market ticker will become FRAS as of tomorrow, it added.

Shares in the business rose over 30% during trading on Monday.

Meanwhile, reported profit before tax grew by 160% to £193.4 million, compared to the £74.4 million figure recorded during the same period a year prior.

The department store had fallen victim to the difficult trading conditions to hit the UK high street.

Commenting on the group’s outlook, Non-Executive Chair David Daly said: “We are hoping that the political waters will be calmer in the coming months which will allow us to move out of this period of market unpredictability.”

“I am very pleased with the strong underlying EBITDA growth in the context of the significant challenges facing the High Street. We remain focused on our elevation strategy, which continues to go from strength to strength, benefiting all stakeholders,” Chief Executive Mike Ashley said.

“House of Fraser is all but fully integrated into the Group, and is a work in progress to fix,” Mike Ashley continued.

“The longer-term estate is still in the main to be concluded upon. However, given the seasonality of House of Fraser, something in the longer term we hope to address is the reliance on the Christmas period, and the fact our House of Fraser store estate – at least over this Christmas period 2019 – is secure means we are able to give Group guidance as we are confident in the outturn including House of Fraser.”