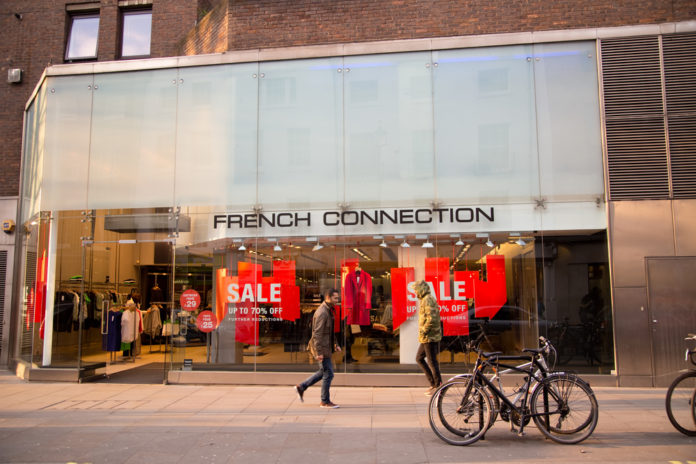 French Connection Group (LON:FCCN) saw its revenue decline over the year, struggling against the gloomy trading conditions to hit the UK.

Shares in the fashion retailer were down during trading on Wednesday.

The company blamed the poor result on planned closures of stores and the difficult trading environment seen in UK retail.

Additionally, French Connection revealed that underlying loss for the year totalled £2.9 million, compared to an underlying profit of £0.8 million over the prior year. The company said that this mainly reflects the poor result in the UK, which was partially offset by improvement in the USA.

Last year was a rather turbulent once for UK politics, which caused economic uncertainty to prevail.

Indeed, data from the British Retail Consortium made 2019 “the worst year on record” for UK retail.

“The performance this year has not been as anticipated and we are not being assisted by the continued difficult trading conditions in the UK and potential uncertainty due to the COVID-19 coronavirus,” Stephen Marks, Chairman and Chief Executive, commented on the results.

“I am however, pleased with the continued good performance of the wholesale business in the USA and we have good forward order banks in the UK to be delivered during the first half of the year. The initial reaction to the winter ranges has been positive, particularly at our recent New York Fashion Show,” Stephen Marks continued.

“We believe the trading landscape in the UK is unlikely to improve in the short term and this has a potential impact on both the retail and wholesale businesses.  Against this background we are working hard to ensure we are operating as efficiently and cost effectively as possible while working closely with all our trading partners to maximise business with them.”