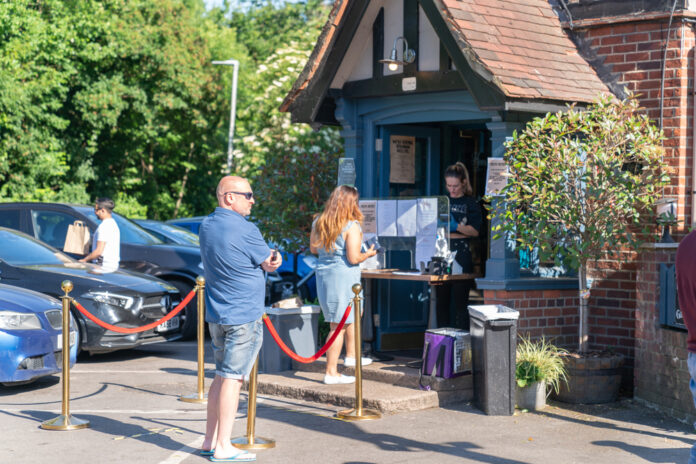 In the latest government U-turn, pubs will now be able to sell takeaway beer during this month’s lockdown.

The new rules were published after concerns that over 7 million pints of beer would have to poured away.

Drinks can be ordered by phone or online and collected from outside.

“This is a vital lifeline for local pubs and breweries across England over the coming four weeks,” said Nik Antona, the national chairman of the Campaign for Real Ale (Camra).

“I am delighted that the government has listened to the concerns of thousands of Camra members, concerned pub-goers, and beer lovers who have e-mailed their MPs in the last 48 hours urging the government to allow pubs and breweries to sell alcohol as takeaway during the second lockdown.”

However, Emma McClarkin, the chief executive of the British Beer and Pub Association, has said that the new government rules are nowhere near enough for pubs and breweries to survive the next lockdown.

She said: “Supermarkets and off-licences can still sell alcohol, so this is grossly unfair on pubs with off-licences. It remains the case that to help pubs and brewers to survive and to stop up to 7.5m pints from being wasted, the government needs to give pubs the same ability to sell off-licence alcohol as it did in the first lockdown.”

A government spokesperson said: “We recognise that these are extremely challenging circumstances for pubs and the hospitality industry. Public health and safety remains our number one priority and that is why pubs and other hospitality venues cannot serve alcohol on site to takeaway to prevent people from gathering outside their premises.

“However, they can sell alcohol as part of delivery services, including through click and collect, over the telephone and by other remote methods of ordering for collection, provided customers do not congregate as groups once they have picked up their order.”