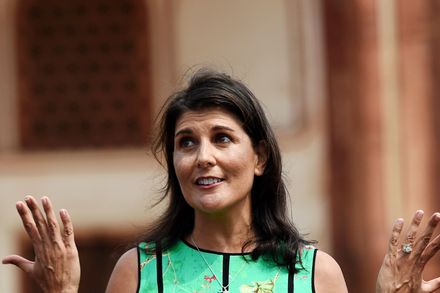 Nikki Haley, the US Ambassador to the UN, announced on Tuesday she will resign in January.

After two years in the post, the resignation came as a shock to allied diplomats and other senior officials.

“I thought she would go after two years, but two years isn’t up. Why would she go before the midterms?” a senior diplomat said.

Haley said: “I think you have to be selfless enough to know when you step aside and allow someone else to do the job.”

The US President said that Haley “has been very special to me, she has done an incredible job, she is a fantastic person, very importantly, but she is also somebody that gets it”.

“Hopefully you’ll be coming back at some point, right,” he added.

Donald Trump said he will name a replacement in the next two-three weeks. He has said he has a shortlist of five people including former deputy national security adviser Dina Powell.

She has also been accused of undervaluing the cost of the flights in an annual financial disclosure report.

Her resignation came the day after Trump appeared at a political rally in Mississippi, where the President mocked Dr Christine Blasey Ford. Although Haley has been known as a defender of women’s rights there has been no evidence the trial has affected her decision to resign.