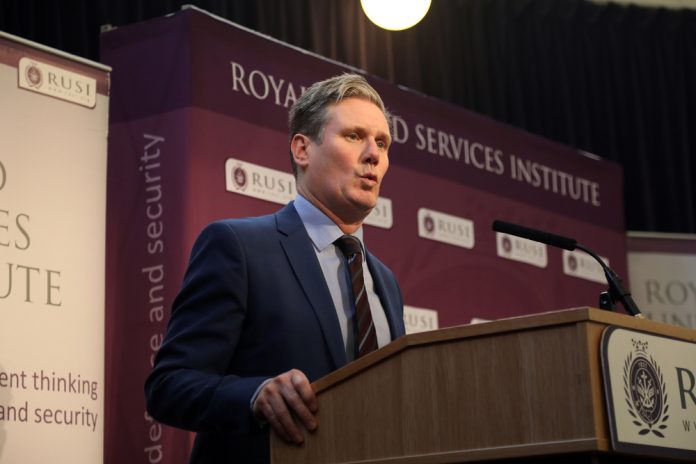 Labour’s Brexit Secretary Keir Starmer has insisted that Brexit can still be stopped.

Speaking to Sky News, Starmer said: “Brexit can be stopped – but the real question is what are the decisions we are going to face over the next few weeks and months.”

Notably, Starmer’s comments prove a direct contrast from the Labour leader’s stance with Jeremy Corbyn recently remarking that “we can’t stop” Brexit in comments to the German newspaper, Der Spiegel.

This is not the first time since Starmer, who is also a QC and MP for Holborn and St Pancras, has seemingly diverged from Corbyn’s stance.

Back in September, Starmer was applauded at the party conference in Liverpool after he suggested during a speech that ‘remain’ was not necessarily off the table.

Labour have been continually criticised for failing to clarify the official party position on Brexit.

This has only been exasperated by seemingly opposing comments from members of the shadow cabinet and the party.

However, internal quarries over Brexit are not restricted to Labour, with the Conservatives also proving bitterly divided on the issue.

Prime Minister May is under mounting pressure to negotiate a deal that will be accepted by her cabinet, as the withdrawal deadline fast approaches.

Most recently, Jo Johnson, the minister for transport, resigned over the issue.

Johnson, a supporter of Remain, insisted that the “democratic thing to do is to give the public the final say” on the deal.

Jo Johnson is the brother of former foreign secretary Boris Johnson, who was also a key figure in the Vote Leave Campaign.

Boris Johnson has been a fervent critic of the government’s approach to Brexit negotiations, often taking to his column in The Telegraph to voice his concerns.