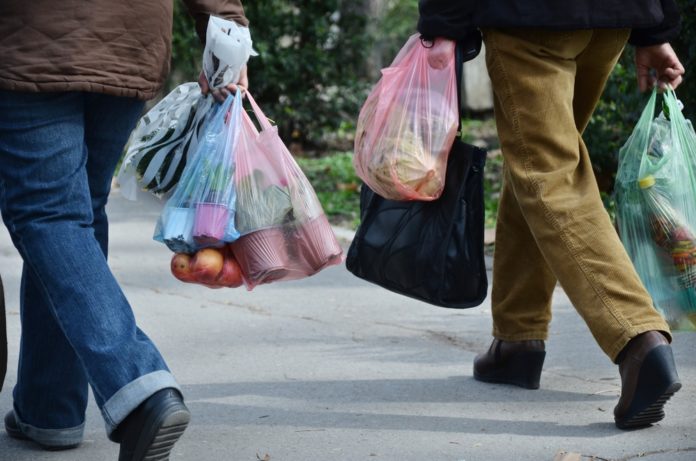 The price of single-use plastic bags is set to double from April 2021.

In an effort to reduce single-use plastic, the Department for Environment, Food and Rural Affairs announced plans to increase the cost of a plastic bag to 10p – including small retailers who will no longer be exempt.

Environment Secretary George Eustice described the introduction of the 5p cost back in 2015 as a “tremendous success”, thanks to the 15m plastic bags that have been taken out of circulation.

“We have all seen the devastating impact plastic bags have on the oceans and on precious marine wildlife, which is why we are taking bold and ambitious action to tackle this issue head-on,” he said.

The government has said that it expects retailers to donate the money used through plastic bag sales to good causes. Between 2017-18, £51m was donated from the plastic bag funds.

Greenpeace has called the new move “a small step in the right direction,” but has said that the government can do much more.

“By raising the price of plastic bags again the government is taking a small step in the right direction, but by now they should be taking great strides,” said Sam Chetan-Welsh, from Greenpeace.

“If they’re increasing costs for shoppers, ministers really have no excuse not to increase costs for the companies that are responsible for the escalating volumes of single-use plastic packaging in the first place.”

Morrisons is trialling the use of paper bags in an attempt to scrap all plastic bags from stores.

“We believe customers are ready to stop using plastic carrier bags as they want to reduce the amount of plastic they have in their lives and keep it out of the environment,” said chief executive, David Potts.

“We know that many are taking reusable bags back to store and, if they forget these, we have paper bags that are tough, convenient and a re-useable alternative.”