Google is launching an ad blocker for its browser Google Chrome, which will remove pop-up ads that appear on your screen.

From now on, the tech giant’s new blocker won’t allow advertising that doesn’t meet the standards promoted by the Coalition for Better Ads — an advertising company which helps support valuable free content, robust journalism and social connections across the internet.

The new ad blocker will warn ads, such as auto video playing and flashing animated ones, when they are in violation of rules. They have a 30 day period to fix it, otherwise Chrome will automatically block them. Users won’t have to deal with intrusive ads popping up suddenly in their screen and those doing good ads are happy they are being banned from the ecosystem.

Nevertheless, digital publishers fear the giant’s power and the take-over of Google in the matter shows signs they are monopolising the market.

“We are committed to joining with publishers to improve the user experience online and are encouraged by the hundreds of sites who have stopped using intrusive ads in the past few months,” said a Google’s spokesperson.

Although Google insists their goal is to make a more enjoyable experience for the users, the new ad blocker also represents a big obstacle for publishers, who rely entirely on advertising for funding their business.

But Google’s measures touches on a key issue in internet usage. Many news sites such as The Wrap or the Chicago Tribune have experienced a decline in online visits as web users avoid having to deal with their pop ads.

The ad blocker will cut about 42 percent of ads in websites, but doesn’t go all the way with full-on ad blocker and will not always be able to stop ad trackers.

Chrome’s ad blocker is available from Thursday today, both in desktop and mobile versions of Google Chrome. 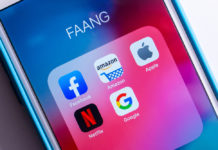