Trump has shocked the world and discredited the pollsters by winning the 2016 US election to become the President-elect.

Initial reaction in the markets was to be expected; those of you up at 4.00am London-time may have seen spread betters such as IG and CMC pricing the FTSE 100 at little over 6500.

Since then a dramatic turnaround has taken hold as investors start to price in a world past the initial shock and trauma of wrongly positioned portfolios, and look forward to what a Trump in the White House actually means.

Before results of yesterday’s election started to trickle in last night markets were pricing an almost certain rate hike in December.

Popular opinion among the media and financial community was that Hillary Clinton would get in, inviting the Federal Reserve to raise rates before the end of the year given the strength in the US economy.

Janet Yellen and the rest of the FOMC may now be having second thoughts.

Trump is a known unknown. He has promised to boost the economy, to the delight of his supporters, but with policies like the removal up to 90% of regulation, many are questioning the substance to his plans.

The lack of clarification will likely lead to major decisions being put off not only in the business world, but also at the Federal Reserve.

This prolonging of ultra-easy monetary policy may keep the liquidity hungry equity markets supported for some time to come.

Despite his outright disregard for offending a large proportion of the US population and egotistical agenda, if he delivers on even half of promises the US economy could be set for strong growth in the next four years.

If regulation is reduced and pro-business policies are introduced, the US economy will be raised a couple gears which could ultimately drive the stock market higher.

This increase inactivity could well spill over into the global economy, and Trump may very well be remembered for ‘making America great again’. 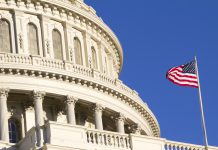 The looming US debt ceiling debacle 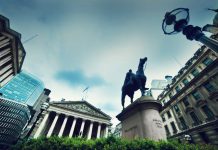 The sleeping risks that could cause the next equity sell off 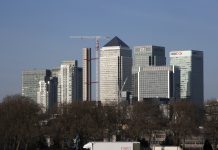 Is it time to start buying UK banks?