BBC Radio 4’s Woman’s Hour has revealed new research showing the best and worst places to be a woman in the UK.

The National Centre for Social Research analysis used factors including education and the gender pay gap to put East Dunbartonshire at the top of the list.

The average full-time salary for women in the area was £15.07 per hour, which scored 46th out of the 380 locations scored.

In 2007, a Reader’s Digest poll recognised East Dunbartonshire’s desirability and voted it the best place in the UK to start a family, recognising the area’s “safe streets, strong schools and thriving towns”.

In contrast, the London borough of Islington was given the lowest score and is seen as the worst place to be a woman. The area was found to have the lowest levels of happiness, life satisfaction, along with the high levels of anxiety.

The report used data from the Office for National statistics’ 2016 Annual Population Survey as well as the 2011 Census with data from England, Wales and Scotland.

“The Best Place to be a Woman analysis has given us a powerful tool to understand the factors affecting the quality of a woman’s life in Great Britain, and a fascinating insight into the way a woman’s needs, experiences and expectations change during her life,” said Karen Dalziel, the editor of Women’s Hour, on the findings.

“But how important are low house prices, good schools and availability of jobs? Can access to green fields or cinemas compensate for high crime rates? Or is having family and friends nearby what women value most?

“We’ll now investigate to what extent our selected key indicators have really shaped women’s choices about where they live.” 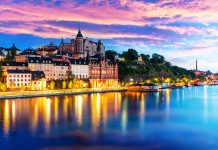 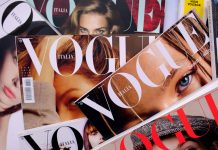