Despite the various dubious marks made regarding women across the duration of a campaign with no lack of controversy, figures show that 53 percent of white women cast their vote for Mr Trump.

In one of the lowest points of the campaign, videos emerged in which Donald Trump made various disparaging and predatory comments about women. Nevertheless, many women remained undeterred in their decision to vote for the billionaire with overall turnout only 1 percentage point higher than in 2012.

Despite projections that women would strongly identify with the first major women US candidate for presidency, Hillary Clinton ultimately failed to win the majority of white women voters according to CNN exit polls. Conversely, Mrs Clinton performed well among African-American women securing an overwhelming 95 percent of votes.

The significance of her nomination was continually capitalised upon through-out her campaign. During the Democratic Party Convention, Clinton appeared on stage following a video showing the rupture of a glass ceiling. Unfortunately however, the election of Mr Trump suggests that America may be waiting a while until a woman graces the White House.

Whilst she failed to ultimately resonate with said voters, in her concession speech the former secretary of state encouraged women across the world not to be disheartened:

“To all the little girls watching…never doubt that you are valuable and powerful & deserving of every chance & opportunity in the world.”

she continued poignantly: “nothing made me prouder than to be your champion”.

Mrs Clinton and her husband Bill were notably both wearing a deep shade of purple. Media speculation has considered this to be a nod to unity between parties, as a blend of republican red and democrat blue.

However, another symbolism for the shade of purple is perhaps more pertinent. Historically, purple was a colour associated with the WSPU suffragette movement and was thought to symbolize dignity.

The President-elect is to meet with current President Barack Obama, who campaigned for Hillary Clinton, today. 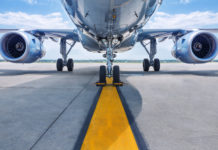