Home Politics Theresa May ‘to go’ by Christmas 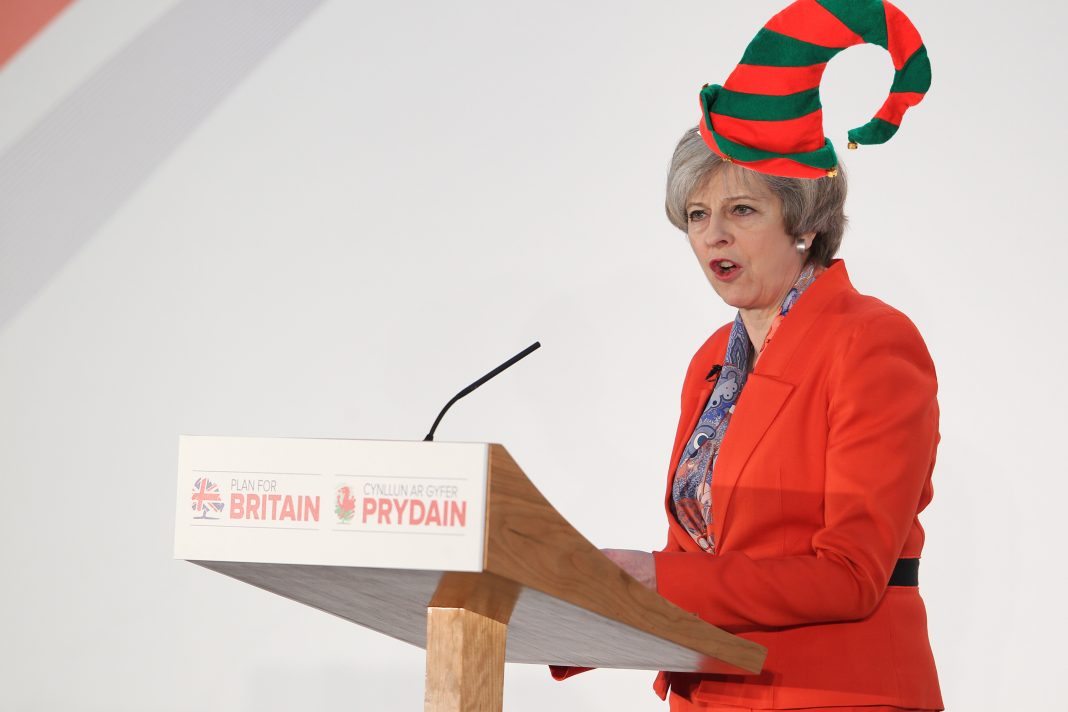 As Prime Minister Theresa May battles against a rising tide of controversy, it’s looking increasingly she’ll be forced to resign before the year is out.

May has been hit by scandal after scandal in the last couple of weeks, knocking her credibility to record lows. Foreign Secretary Boris Johnson’s comments landing a British citizen an extra five years in jail were followed swiftly by the news that junior minister Priti Patel had held unauthorised meetings with Israeli officials.

As part of an effort to reassert some power and draw attention away from the chaos, May launched her plan to enshrine the Brexit date in British law; a move met by scepticism from critics and supporters alike and prompting 15 Tory MPs to work with Labour and rebel against the party whip.

Recent events have renewed calls for the Prime Minister to resign, with many beginning to believe she’ll be gone by Christmas. According to a poll by the Huffington Post, three out of five voters (59%) want Theresa May to step down immediately – but her leadership is still backed by the vast majority (75%) of Tory voters.

After a disastrous re-election campaign that saw May lose her party’s majority and be forced to make a deal with controversial Northern Irish party DUP, her headline speech at  this year’s party conference only furthered speculation that she is no longer the right candidate for the task.

Suffering from a sore throat and struggling to get her words out, the speech intended to reinforce strength and confidence in her as a leader instead left even her biggest supporters cringing. A former Conservative minister told The Telegraph:

“It’s time to put ourselves out of the agony, the speech was excruciating to watch and as a result conversations are happening at a faster pace. People had wanted her to go by 2019 but now that could be much sooner.”

In the wake of the speech Betfair slashed the odds of May leaving 10 Downing Street before the end of the year from  9/1 to 5/2, while she is now odds-on at Betfair Exchange to become the next party leader to leave her position.

“There is a concern that there isn’t a real alternative for leader but on the other hand if we get this out of the way now we could have someone new by Christmas”, the former Conservative minister continued.Theresa May’s closest aides have already resigned, paving the way for May herself to hand in her resignation. Nick Timothy and Fiona Hill stepped down in June, taking the blame for her disastrous election campaign. Mr Timothy took responsibility for the social care U-turn that was one of the biggest controversies of the campaign, acknowledging he had “oversight of our policy programme”.

“In particular, I regret the decision not to include in the manifesto a ceiling as well as a floor in our proposal to help meet the increasing cost of social care,” he added.

A cabinet minister’s local party chairman called for Ms May to step down as leader by Christmas, according to a report in the Sunday Telegraph. Another ex-minister told the Sunday Times’ political editor Tim Shipman she had “signed her own death warrant,” adding:

“The only people propping her up are the hardline Brexit-eers. She’ll f*** up again and then she’ll be taken out and shot.”