In a phone-in interview with BBC Radio 5 Live, the prime minister defended her Brexit deal.

After widespread criticism, most recently from former Brexit Secretary Dominic Raab, Theresa May said that the government would not be able to seal a better deal if they reject the current agreement next month.

Speaking this morning, Raab told the BBC Today programme that parliament will likely vote down the Brexit deal.

“We will I think inevitably see parliament vote this deal down, and then I think some of those other alternatives will need to come into play,” he said.

“If you just presented me terms: this deal or EU membership, because we would effectively be bound by the same rules without the control or voice over them, yes I think this would be even worse than that.”

Amid the lack of support from MP’s, May said on Friday that she would spend the next few days persuading MPs and the public for support on the current deal.

“From my point of view, personally, there is no question of ‘no Brexit’ because the government needs to deliver on what people voted on in the referendum in 2016,” she said.

“I believe if we were to go back to the European Union and say ‘well people didn’t like that deal, can we have another one?’ … I don’t think they’re going to come to us and say we’ll give you a better deal.”

The prime minister will return to Brussels on Saturday where she will continue talks with  European Commission president Jean-Claude Juncker and agree on a deal with Spain over Gibraltar.

“Spain doesn’t need an article in the treaties, the future declaration or indeed the withdrawal agreement, to bring Gibraltar to the table. Gibraltar has demonstrated that we actually want a direct engagement on issues. Spain is the geographical gateway to Europe for Gibraltar. We recognise that and there is absolutely no need to be vetoed into being brought to the table,” he said. 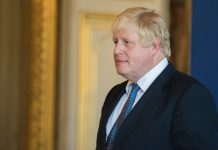