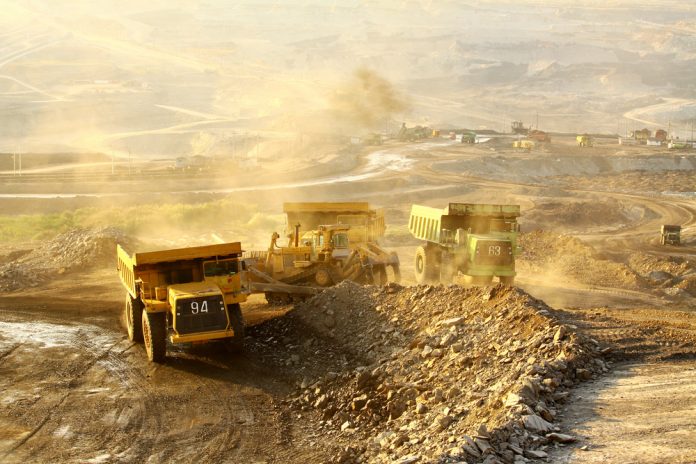 Greatland Gold plc (LON:GCP) have announced the identification of further gold targets on Monday, following an airborne survey of its Ernest Giles project.

The precious and base metals exploration and development company revealed the survey over its Ernest Giles project had “highlighted several new structural targets” suitable for gold mineralisation.

The company concluded that the identification of the new targets would allow it to refine and accelerate its current exploration activities in the region significantly.

The company also said a full review of the newly discovered targets at the project would be published once various gravity and seismic surveys had been finalised.

Gervaise Heddle, chief executive, commented: “The results of the detailed airborne survey, which was conducted at 100 metre line spacing and includes approximately 38,000 line kilometres of data, will allow Greatland to further refine and accelerate its exploration efforts at Ernest Giles as well as providing us with greater confidence on the potential of this quality project.”

He added: “Our technical team are currently conducting a full review of targets throughout the Ernest Giles project and more information will be provided to shareholders once all the data from recent fieldwork has been received and analysed.”

Earlier this month, the company announced that it had extended its interests in the Ernest Giles project, after applying for four additional licenses within the area.

In a statement detailing the move, Chief Technical Officer Callum Baxter said: “Success from our previous work over recent months has demonstrated the potential of the region to host very large mineralised systems and we are very pleased to be able to secure further prospective ground.”.

The Ernest Giles project is located in central Western Australia, covering an area of more than 1,800 square kilometres. Alongside its Ernest Giles project, the company also has other Australian gold explorations operations Havieron, Bromus as well as projects in Tasmania such as Firetower and Warrentinna.