The UK’s largest mortgage lender has announced its intention to set aside a supplementary £1 billion in funds to address the ongoing issue of mis-sold payment protection insurance.

This was following the release of Lloyds pre-tax profits from the last three months till September, reporting a revenue fall of 15 percent to £811 million. Total income for the quarter rose by a modest 1 percent to £4.27bn. According to Wednesday’s figures, pre-tax profit was already down by 3 percent from the year before, prior to the additional financial strain the bank faces as a result of the issue.

Lloyds’ finance chief George Culmer emphasised that “It would be the last big PPI provision that we would expect to take,” and said he expected the cost would allow the bank to meet its 2016 deadline.

The banking group have been particularly affected by a PPI scandal, having already set aside £16 billion prior to this announcement.  In addition, Lloyds had to mobilise £150 million to cover costs relating to “conduct issues” regarding the sale of packaged bank accounts. This latest measure would mean the ongoing controversy has cost the bank a total of £17 billion.

Furthermore, Lloyds also confirmed market concerns about the detrimental impact of Brexit on its pension schemes, as bond markets continue to take a hit in the wake of the June referendum result. The released figures revealed that, while defined benefit plans had a £430 million surplus by the end of June, the initiatives have now amassed a £740 million deficit.

Nevertheless, the bank’s chief executive Antonio Horta-Osorio said he did not think Brexit would affect Lloyds “very much”, despite the bank’s predominately UK presence.

Mr Horta-Osorio noted that: “We think all retail activity, including credit cards, debit cards, mortgages, so consumer activity overall, is the same following Brexit, we do not see any significant change”.

The taxpayer currently owns 9 percent of the bank, following government bail-out measures taken in the wake of the 2009 financial crash. The May government has since announced its intention to sell the remainder of its stake in the company. 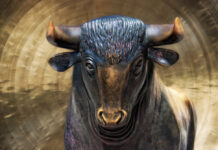 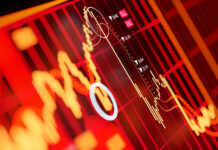 FTSE leads the climb down from vaccine exhilaration