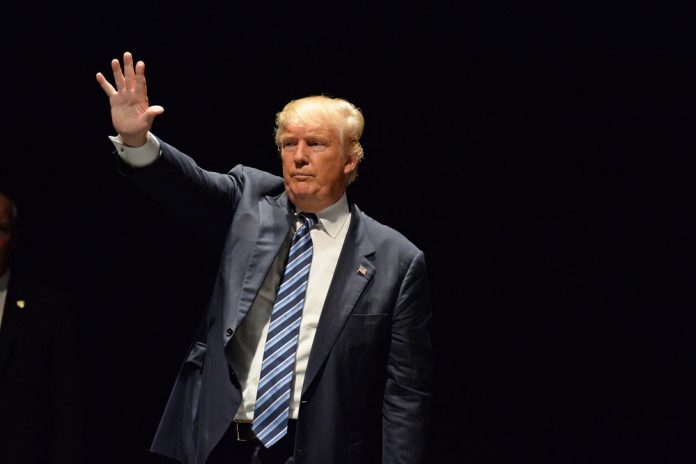 Donald Trump has said the new supreme court justice Brett Kavanaugh has been “proven innocent” of allegations of sexual assault.

The US president said on Monday at the White House as the new justice swore an oath, that the sex assault claims were a “hoax” and “all made up”.

“On behalf of our nation, I want to apologize to Brett and the entire Kavanaugh family for the terrible pain and suffering you have been forced to endure. Those who step forward to serve our country deserve a fair and dignified evaluation, not a campaign of political and personal destruction based on lies and deception.”

“What happened to the Kavanaugh family violates every notion of fairness, decency, and due process. Our country, a man or woman must always be presumed innocent unless and until proven guilty.”

The judge was confirmed by the Senate on Saturday in a controversial vote, met with protests.

Dr Christine Blasey Ford made claims that she was assaulted by Kavanaugh in the 1980s when she was just 15. He was found neither guilty nor innocent.

The judge said: “The supreme court is an institution of law.”

“It is not a partisan or political institution. The justices do not sit on opposite sides of an aisle. We do not caucus in separate rooms. The supreme court is a team of nine, and I will always be a team player on the team of nine.”

“The Senate confirmation process was contentious and emotional. That process is over. My focus now is to be the best justice I can be. I take this office with gratitude and no bitterness. On the supreme court, I will seek to be a force for stability and unity. My goal is to be a great justice for all Americans and for all of America. I will work very hard to achieve that goal,” he added.

Earlier this week, 300 people including the comedian Amy Schumer, were arrested at the US Capitol in Washington at the anti-Kavanaugh protest.