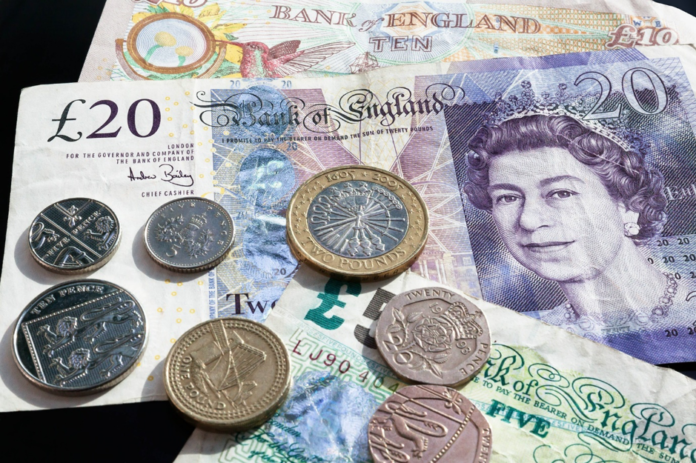 If domestic equity markets are in a slump, investors tend to look abroad for opportunities to grow their capital. When the local economy starts heating back up, UK citizens can use the process of repatriation — converting foreign funds back to pounds sterling — to divest from their offshore assets and stake out new positions in resurgent UK markets.

In the wake of Brexit and the chaos of Theresa May’s tenure as Prime Minister, we’d be lying if we said our faith in the UK economy hadn’t been momentarily shaken. However, as the dust begins to settle, several key economic indicators are now telling a different story to the tale of doom and gloom being perpetuated by mainstream media outlets. In fact, well established domestic metrics, including a rising pound sterling and an uptick in growth forecasts, are currently signalling a near-term surge in viable investment opportunities across UK markets.

Now, before you say it, we’re aware that repatriating offshore funds is typically associated with sky-high foreign exchange rates and costly fees. In reality, repatriation of funds can be inexpensive, all you need to do is establish a relationship with a competent, well-respected foreign exchange provider.

How Has the Pound Sterling Performed Against the Euro and US Dollar?

Despite troubling coronavirus headlines and unending Brexit concerns, the pound sterling has shown remarkable resilience and growth. In particular, the recent upsurge in interday and intraday foreign exchange trading is largely driven by conversion to the pound amid ongoing positive domestic political developments.

Since the announcement that Chief Secretary to the Treasury Rishi Sunak would replace former UK Chancellor of the Exchequer Sajid Javid, a soaring pound has pared back all of last week’s losses and some. After a 48-hour surge, the GBP/USD has finally begun to level off, with the pair eventually topping out above the 1.3060 region. Meanwhile, a sharp rise in sentiment regarding the UK’s pending budget reveal has triggered a cascade of sell-stops in the EUR/GBP, with traders pushing the pair beyond key resistance levels up to 1.2050, a three and a half year high.

According to insider speculation, Sunak — who allegedly maintains a close working relationship with the PM — is now expected to loosen the UK’s monetary policy constraints, making it easier for Johnson to pass an expansionary budget, raise the borrowing limit, slash corporate taxes, and boost infrastructure spending. When deployed in conjunction with Johnson’s overwhelming conservative majority in the House of Commons, these policies also reduce the likelihood of further interest rate cuts from the Bank of England, bolstering economic growth and supporting higher resistance levels for a strengthening pound.

Two Reasons Why You Should Invest Domestically in UK Market

If you’re thinking of repatriating funds from abroad, it’s especially important that you assess your investing objectives and risk exposure against UK growth drivers and international risk modifiers. Broadly speaking, we think that there are two main driver/modifier considerations you need to reflect on before establishing a repatriated investment position in the UK market.

Amid a host of gloomy economic forecasts, the UK has become the third-fastest growing economy in the G7, smashing expectations and registering 1.4% growth in 2019. Despite lethargic economic performance in the fourth quarter (largely a result of trade tensions between the U.S. and China), business confidence anddomestic investment sentiment has rebounded. Johnson’s green lighting of a slew of new infrastructure projects, including the High Speed 2 (HS2) train line, is another strong indicator of the UK’s growth prospects. In addition to increasing economic productivity, projects like the HS2 train line are tipped to stimulate industrial demand and dramatically boost market performance in the infrastructure and commodity sectors.

The UK economy is outperforming both Germany and France while still weighed down with Brexit fears. If Brexit deal making proceeds at its current pace, traders are confident that UK equities can fulfil their growth potential in the near future, especially considering the short-term upshot of the “Boris Bounce” — an ongoing surge in market and trade optimism kick-started by Johnson’s newly established conservative majority. Therefore, strong growth results notwithstanding, prospective domestic investors should be looking to create upside exposure in case of a breakthrough in Brexit uncertainty.

U.S. equity markets are not only overbought and virtually devoid of worthwhile investment opportunities, they’re also exposed to a tremendous amount of trade and political risk.

Despite the signing of an overhyped “phase one” deal, the trade war between the U.S. and China continues to have no real end in sight, leading to jittery markets, heightened volatility, and handicapped import/export activity. Regarding political risk, it’s hard to come up with a definitive downside assessment, especially considering the erratic, scandal-prone nature of the current U.S. administration. According to veteran traders, the main risk-modifier driving funds out of U.S. markets and towards domestic investment opportunities is the escalation-prone military standoff currently taking place between the U.S. and the Islamic Republic of Iran.

Another political risk faced by U.S. investors is the possibility that Senator Bernie Sanders(D-VT), the primary candidate who’s fast becoming the frontrunner for the Democratic Party’s presidential nomination, goes head to head against President Trump in the 2020 U.S. presidential election. Because of Senator Sanders’ democratic socialist policies, conservative commentators fear that a Sanders nomination or a Sanders Presidency could trigger widespread capital flight and/or corporate investment retrenchment.

The U.S. technology sector is also poised to be uniquely impacted by the coronavirus-induced disruption in global supply chains and the shuttering of Chinese factories in Hubei Province, a high-tech manufacturing hub responsible for the mass production of semiconductors, computer panels, and integrated circuits.

So, Is Now the Right Time to Repatriate Funds from Abroad?

Yes, all things considered, now is absolutely the right time to repatriate funds from abroad. Converting foreign funds to invest domestically in the UK will not only reduce your international risk exposure, it’ll also ensure that you have existing positions in a market with strong near-term growth prospects. However, with the pound continuing to strengthen against both the Euro and US Dollar, if you’re going to repatriate funds, it’s probably best to get started sooner rather than later.