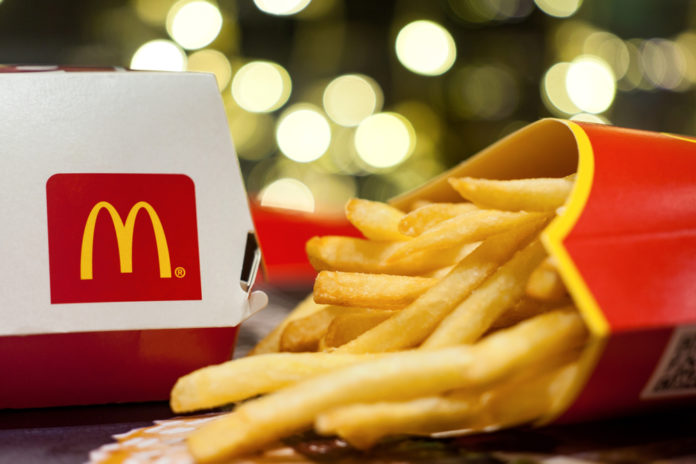 Just Eat (LON:JE) shares rose on Tuesday after the food delivery business announced that it will partner with McDonald’s (NYSE:MCD) in the UK and Ireland.

However, the partnership announced on Tuesday means that Just Eat will now be McDonald’s second exclusive delivery partner.

Just Eat said that the partnership is set to be implemented later on this year.

Meanwhile, the business also said that 2019 ended in line with its expectations. It now expects to report uEBITDA of roughly £200 million, with group orders of 254 million and revenue amounting to approximately £1 billion.

“We are pleased to confirm uEBITDA towards the top end and revenue broadly in line with the guidance range we provided at the start of 2019, notwithstanding the significant developments during the year,” Peter Duffy, Just Eat’s Interim CEO, said in a company statement.

“We are delighted to announce that we have agreed to partner in the UK and Ireland with McDonald’s. This partnership, along with our recently announced relationship with Greggs, will require significant investment but will accelerate our growth ambitions and enhance our market position by offering our customers the widest choice available,” Peter Duffy continued.