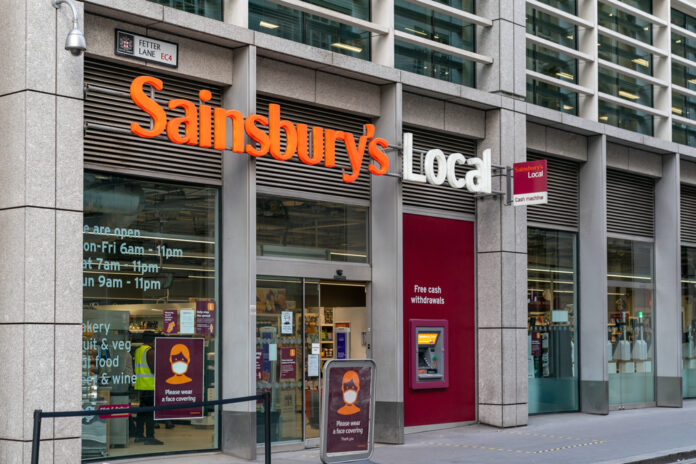 Sainsbury’s shares were down 5% to 227p in late afternoon trading on Thursday following the company’s warning that rising inflation looked set to bite into the company’s revenues in the months ahead.

“We know just how much everyone is feeling the impact of inflation, which is why we are so determined to keep delivering the best value for customers,” said Sainsbury’s CEO Simon Roberts.

“We have been able to drive more investment into lowering food prices funded by our comprehensive cost savings plans.”

The supermarket swung to a pre-tax profit of £854 million in 2021, after its £164 pre-tax loss in 2020, alongside an underlying pre-tax profit of £730 million compared to £586 million the previous year, exceeding the group’s £720 million executive guidance.

“We said we would invest in value, innovation and service and that’s exactly what we’re doing,” said Roberts.

“We have outperformed key competitors on both a one and two-year basis while also delivering strong underlying profit growth, improved returns and consistent retail free cash flow.”

“This gives us a strong foundation to keep building momentum in the year ahead.”

The company announced a final dividend of 9.9p per shares, which brought the full-year dividend to 13.1p, representing a 24% uptick from 10.6p year-on-year.

Outlook for the coming year

Sainsbury’s added that the firm would be significantly impacted by external pressures going forward in 2022.

The group noted that the year had enjoyed a strong start, however, higher inflation and soaring cost of living would inevitably eat into consumer wallets and dent customer disposable income.

The supermarket franchise said it expected a pre-tax underlying profit between £630 million to £690 million, down against its £730 million report in the last financial year.

However, Sainsbury’s added that it was determined to continue its improvement in grocery value, innovation and customer service through funding from its comprehensive cost savings programme, and expected a continuation of its strong grocery market share performance.

The company projected a retail free cash flow of £500 million, alongside a strong balance sheet, which it said would assist the firm in returning a higher proportion of underlying profits to shareholders through an increased payout ratio and additional measures.

“We know just how much everyone is feeling the impact of inflation, which is why we are so determined to keep delivering the best value for customers,” said Roberts.

“We have been able to drive more investment into lowering food prices funded by our comprehensive cost savings plans.”

“As a result, we continue to inflate behind competitors on the products customers buy most often. Last week we announced the next bold phase of investment, lowering prices across 150 of our highest volume fresh products.”